I attended the final home game of the 2016 Astros Season.  A day game, I mention that due to only being able to attend 2 Day Games season.  After the game Astros fans had the opportunity to take a photo on Tal’s Hill as a Memory of this unique land mark of the Houston Astros Home Field.  Tal’s Hill as written by AP Hunter Atkins published by the Washington Post.  As I get in line and wait my turn to get my photo and pay my respects to Tal’s Hill the last home game of the season starts to seep in.  The Astros loss starts to seep in.  The very likely fallen short of the post season starts to seep in.  The sadness seeps in.  With this group of Astros Fans showing solidarity for Tal’s Hill and sharing their favorite baseball moments, baseball travels, baseball player, and so on.  I couldn’t help but reminisce about the 2016 Astros Season and how they fought back from such a dismal April (7-17) to make the season exciting.  I also couldn’t help but think of some of the mistakes made during the year that could have easily put 3 – 5 more games in the W column.  Future blog dedicated to 5+ games that should have been W’s. Base running mistakes, lack of hitting with runners in scoring position, starting pitching, relief pitching struggling at times, quite a few could of, would of, should of type opportunities.  Then I think of accomplishments like Jose Altuve’s 1000 hits, also his multiple categories as American League Leader. The expectations of Alex Bregman, the hype, the struggle then the resurgence.  “Geaux Bregman” 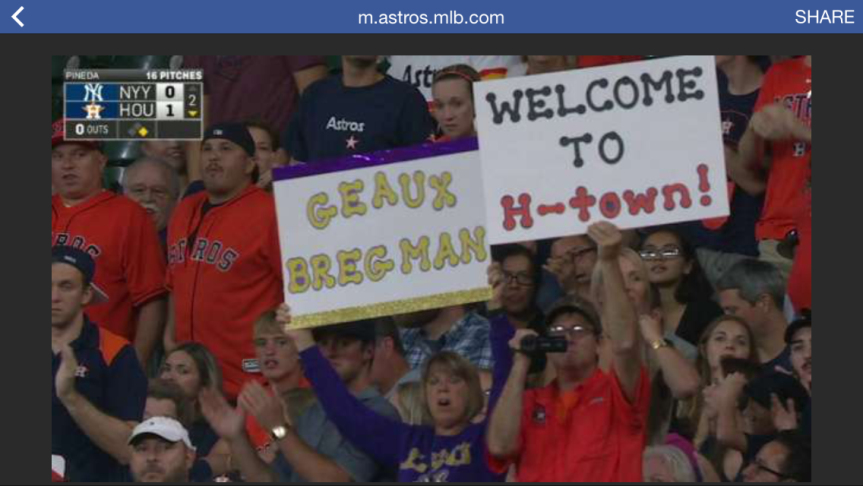 The signing of Cuban star Yuli Gurriel.  All these baseball thoughts circling my head like the orbit of the earth, the moon and the stars.  Astros pun intended hahaha.  Once I got my pic on Tal’s Hill it’s time to leave, actually they require you to leave because some crazy fan likely to hang out all night.  Just saying.  On my way out I bump into the Seattle Mariners players leaving as well. In a most unique fashion, I might add, Rookie Hazing. 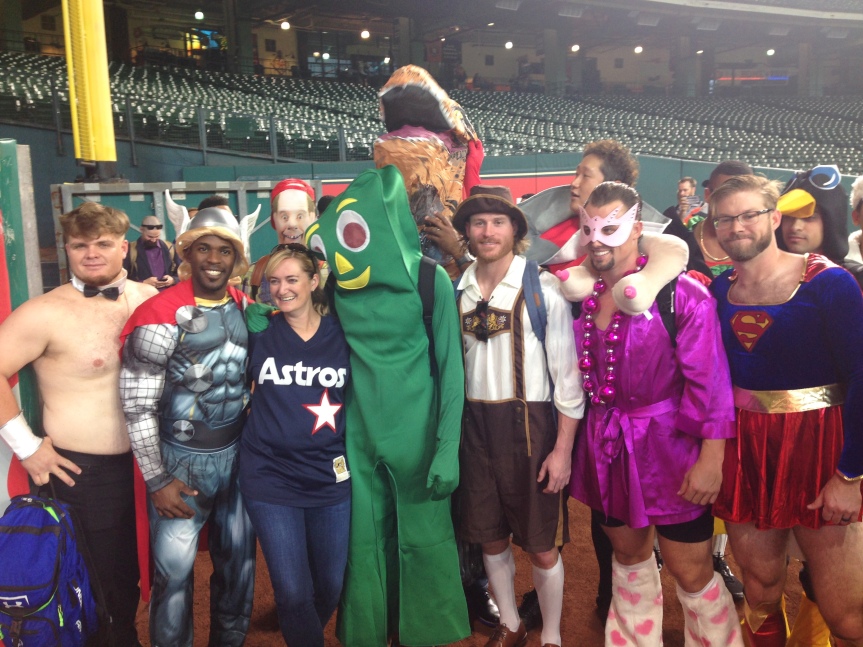 This was so cool to witness.  Only one exit open with Astros security on hand to make sure fans egress the building.  This exit is opposite end of the ball park from where I am parked.  No problem here. I get to walk around the entire complex and ponder more baseball memories.

HOW COOL IS THAT!

This site uses Akismet to reduce spam. Learn how your comment data is processed.

Thank you for your contribution.